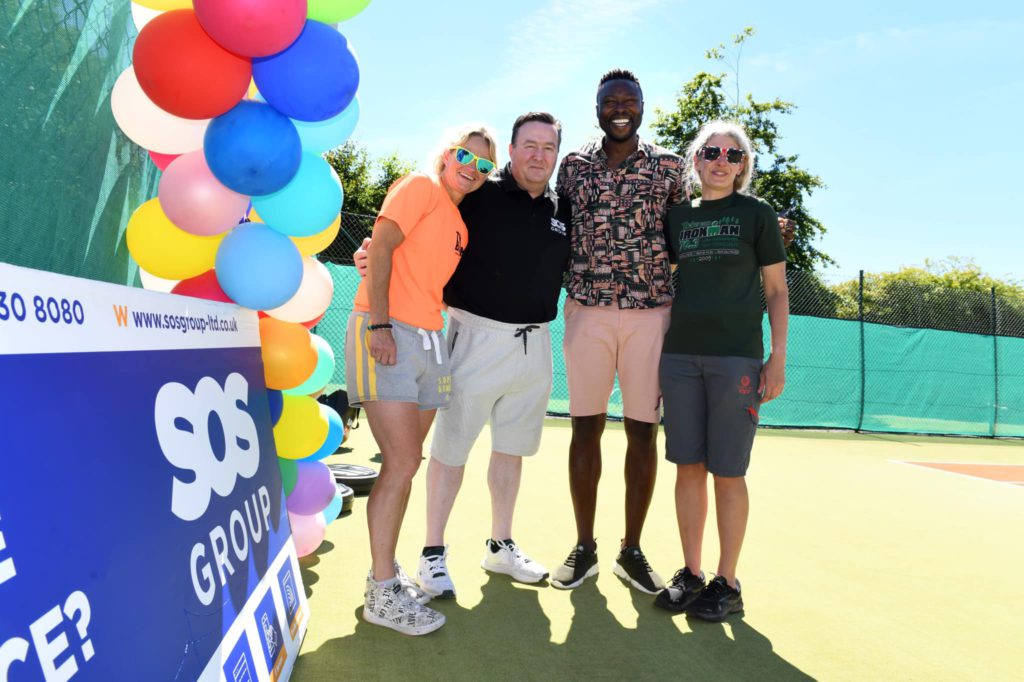 SOS Group is extremely proud to sponsor and support the Reason To Disability Triathlon, which is organised by triathletes, Jo Shallcross and Tracey Sample, and gives children and adults with disabilities the opportunity to take part in the event they love.

Jo, from Ponteland, was first inspired to organise a triathlon tailored to the individual needs of North East children after seeing a disabled child enjoying triathlon in Hawaii.

With the help of her friend, Tracey, from Amble, The Reason To Disability Triathlon, is now in its seventh year and steadily growing in popularity.

Originally designed for children with disabilities who would normally be challenged by doing the event, the annual triathlon in Newcastle is now also proving popular with adults with disabilities, too.

This year, there were 39 participants aged from eight to 29 and they each had the opportunity to take part in a traditional triathlon – swimming, cycling and running – with distances adapted according to ability and with all the support they needed.

Elijah Parsons, age 13 from Newcastle, is a pupil at Benfield School and has spina bifida. He had taken part in the triathlon previously and enjoys the competition.

Elijah says: “I think I’ve been doing this triathlon since I was about 10. For me, the swimming part is the best because I like being in the water and the cycling is probably the most challenging.

“I’ve got a special handbike that attaches to this wheelchair and is powered by my hands. Going up the hills today in the heat was really hard.”

Elijah’s mum, Jo Parsons, loved watching her son compete and is enthusiastic about all the different elements of the day.

Jo says: “This event means Elijah can participate in something that’s accessible to him and where everything’s prepared for his needs.

“It’s a chance for him to feel he’s good at something because he’s at a disadvantage a lot of the time. And he can see other people with disabilities, and how they vary and change, so that exposure is really good for him.

“Events like this are few and far between and it’s really hard to find stuff that’s adaptive and inclusive where Elijah’s able to participate as a challenger rather than a concession and that’s really important. We find it really difficult to find things to keep him active and have to travel quite far to find sports clubs. There’s nothing really in the North East that encourages Elijah to swim or run or do racing or cycling, so it’s wonderful to have the opportunity to excel and do his best and really challenge himself.”

Newcastle United’s Shola Ameobi is a long-time supporter of the Reason To Disability Triathlon and was on hand to present the medals and congratulate the participants.

Shola says: “I think this is my fifth or sixth disability triathlon. It’s just amazing to see the amount of effort that goes into putting it together.

“It’s a great opportunity for kids and adults with disabilities to really enjoy working out, to enjoy the camaraderie and enjoy being part of something together. It’s really important that they continue to have this opportunity to celebrate and compete, regardless of what challenges they face, and we can all come together and enjoy being part of it.”

Andrew Skelton, Director, says: “SOS is incredibly proud to be part of this wonderful event, which is going from strength to strength every year.

“It’s incredibly inspiring seeing the triathletes giving it their all and having the opportunity to compete and enjoy rising to the challenges of swimming, cycling and running. Their commitment is fantastic and we love seeing the smiles of achievement afterwards.”