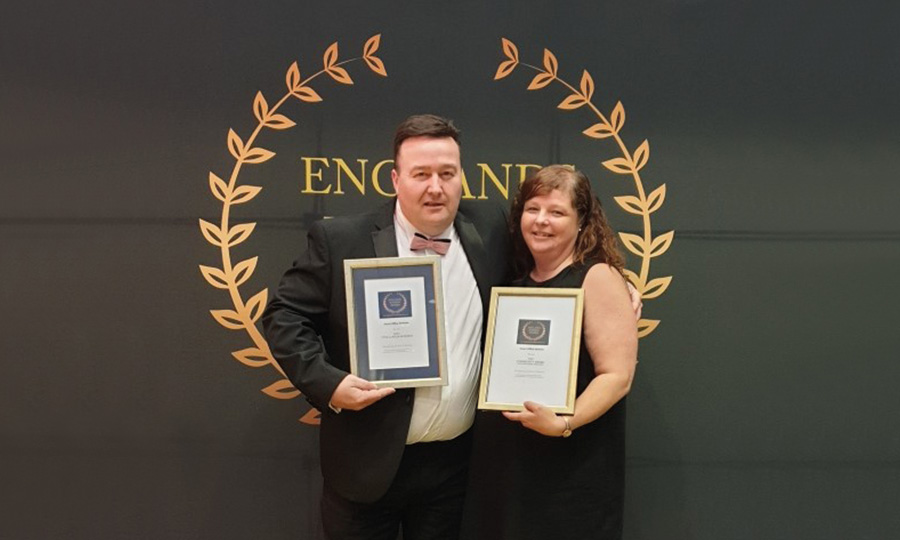 Last night our Director Andrew Skelton and his partner Karen Skelton attended the Grand Final of the England Business Awards 2019.

Held at the splendid York Racecourse the Grand Final welcomed businesses who had won in the regional awards held earlier in the year, over 350 people gathered in the room.

Voting was made on line by clients, supporters, friends, family and general public during recent months.

Having won two awards in the regional Tyne and Wear Awards in February, we knew the competition in the Grand Final would be tough.

And the one close to our hearts and 2nd biggest award of the evening, Grand Final Best Community Award 2019 for SOS’s outstanding contribution to the local community.

Andrew Skelton, SOS Group Director said; “We are thrilled and honoured to win these awards which represent the hard work, dedication and support our staff strive to give SOS clients the very best customer experience. With ongoing training, staff development and a willingness to always learn great achievements can be achieved.

The vast amount of votes that SOS received is a testimony to you all. Thank you.”

To make the weekend even more special, we received news that our sponsored Freestyle Dancer, Caitlin Nelson from Ashington became World Champion in her pairs section and a creditable 4th and 7th in a strong singles competitions, amongst the best in the World. A huge well done to Caitlin.

SOS have also had equipment and support at the London Stadium (Olympic Stadium / West Ham Ground) this weekend, as we cover the American Baseball Games, the first time in history that official competitive league games had taken place outside America. Another prestigious World event covered by SOS.

We have more exciting news to announce during the coming weeks, there’s been a lot of work going on behind the scenes.