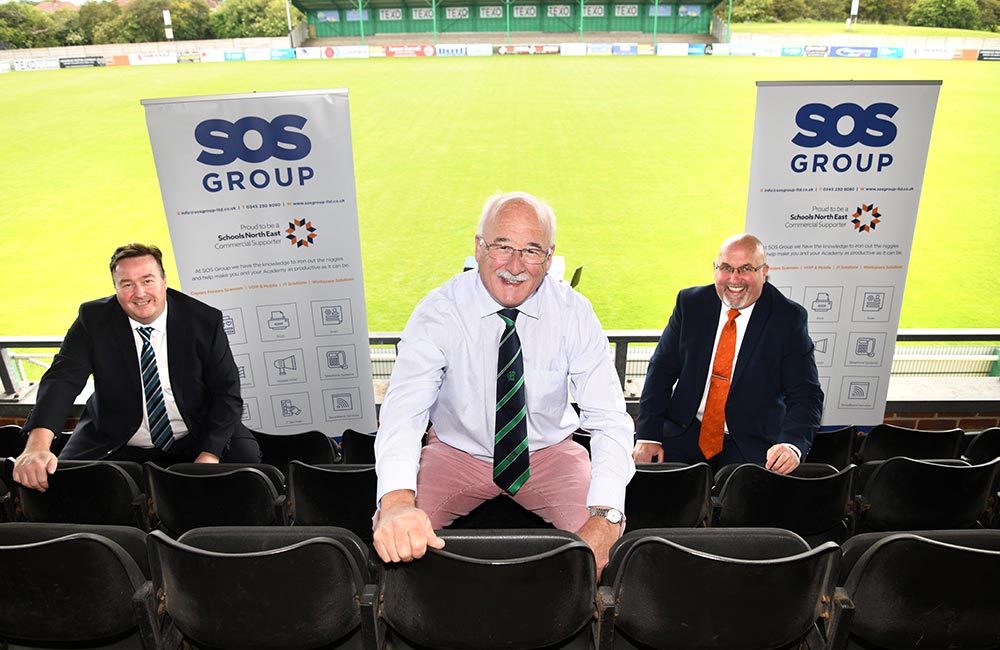 Challenging times for football clubs are bringing out the best in loyal supporters.

Top flight football may have resumed, albeit without fans in the stands, but for lower league clubs like Blyth Spartans AFC, it may be some time before things return to any kind of normal.

The National League North, in which the club plays, suspended games in March because of the Covid-19 pandemic and then voted to formally end the season in April.

Lack of matchday income and the necessary safety changes caused by coronavirus have
placed additional financial pressures on teams throughout every level in football and clubs like Blyth Spartans need their supporters now more than ever before.

With this in mind, SOS Group has not only renewed its support as the club’s sleeve sponsor, we have also increased our pitch-side advertising and will be supplying a photocopier and laser printer to assist with retail operations and match day administration.

John Behan, director at SOS Group, says: “We were proud to be sleeve sponsors of this famous football club last season, and we know how tough things are as a result of the pandemic, so renewing our support was very important to us.”

“This is an incredibly challenging time for all businesses. And for football clubs, the premature end of the season was disappointing for fans and players and an awful blow financially.”

“Commercial support from committed local businesses and the magnificent loyalty of fans will help secure the future of Blyth Spartans and we’re proud to play our part.” 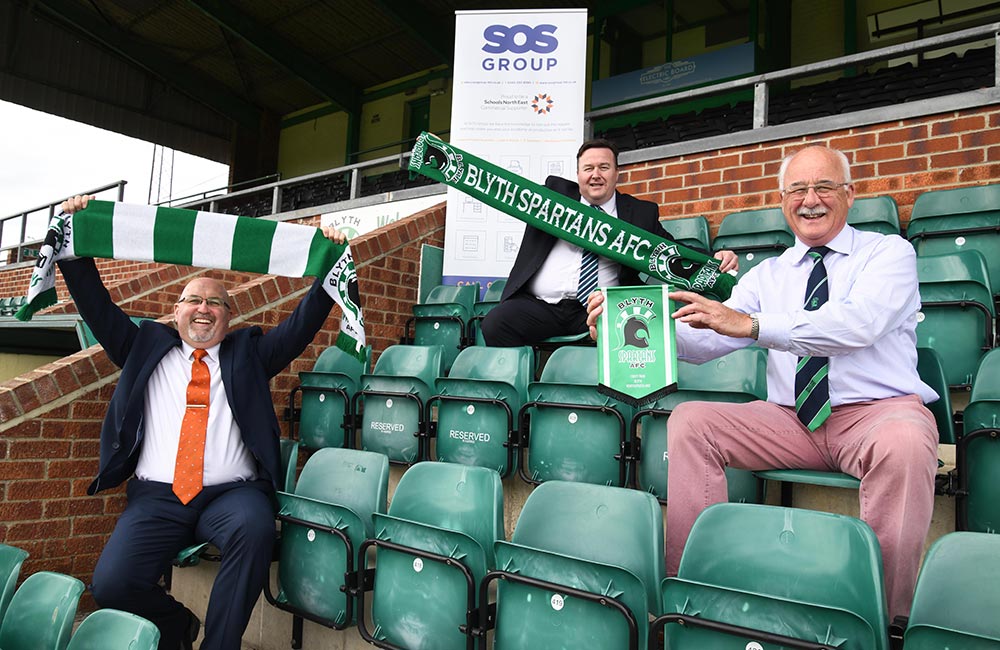 Historically one of the great names in English non-league football, Blyth Spartans AFC are competing in the National League North for the fourth consecutive year.

To help meet the club’s needs in this difficult time, Blyth Spartans and its Supporters Club recently launched a Future Fund to try and counter the impact of Covid-19.

The fund will help ensure the survival of the club and will support manager, Michael Nelson, in his efforts to build a squad for the new National League North season.

Tony Platten, Chairman of Blyth Spartans AFC, said: “At the moment, our supporters can’t cheer the team on the pitch, but they are certainly doing their best to help the club away from it.”

“We’re grateful to SOS Group for renewing their support for Blyth Spartans at this crucial time and it’s great to build on our already successful relationship.”

“We thank SOS Group for their generous support for Blyth Spartans and also recognise their wider contribution to our local communities.”